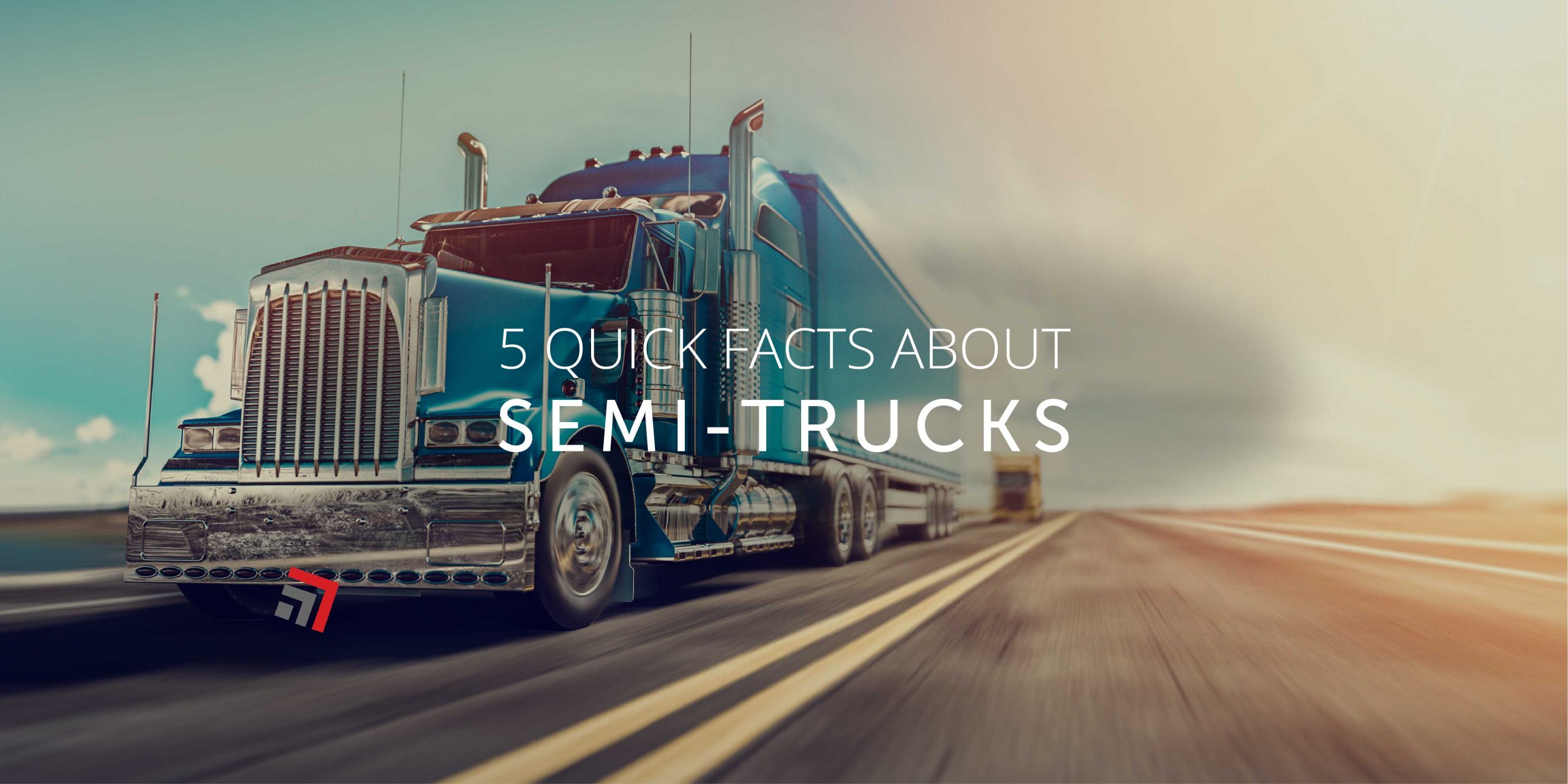 You have probably been in the business of shipping and logistics for a long time. Whether it’s by rail, LTL, FTL, ocean container, or air, you’ve seen your freight move in a multitude of ways. But for those of us who have never sat on a transportation vessel itself, there’s a lot about the industry that we have yet to learn. In case you are curious about the life of a truck driver, here are a multitude of interesting facts regarding semi-trucks and domestic shipments that you may have never heard before.

The following list are just a few interesting facts and details about semi-trucks and the long-haul trucking life.

For those of us driving around our Toyota Priuses and Volkswagen Jettas, we feel bad for the guy sitting in his 20 MPG “tank.” You’d probably be baffled to hear that the average gas mileage of a semi-truck is right around 6.5 MPG of diesel. Generally, the average falls between 4 to 8 miles per gallon, but when traveling up hill, semi-trucks will often get as low as 2.9 miles to the gallon, thus making running and maintaining trucks an expensive business.

You’ve probably been told to start looking for a new car once your vehicle begins to reach the 150,000 to 200,000 mile mark. Engines can’t last forever. However, the monster engineering that goes into building a semi-truck allows them to last for upwards of 750,000 miles, but some have been known to push a million. Each semi-truck drives an average of 45,000 miles per year, making the average lifetime of a semi-truck 15-16 years.

While a car traveling at 60 MPH on the highway can come to an abrupt stop in about 130 feet after slamming on the breaks, the average semi-truck is much less fortunate. Although breaking mechanisms have made significant improvements over the last couple of decades, a semi-truck hitting the breaks at 60 MPH will still travel 390 feet before stopping. If you were to include reaction time to the equation, a semi will cover a total of 520 feet before coming to a complete halt in emergency situations.

It’s been estimated that approximately 70% of all goods shipped domestically in the US are shipped via truckload. The majority of these products are agricultural goods and heavy machinery.

Crashing a semi-truck is a disaster, and the industry has done everything it can to decrease the amounts of crashes that semi-trucks are involved in. In the early 90’s and before, the most common type of semi-truck crashes were jackknife collisions. However, in 1997 the federal government created requirements for all semi-trucks to contain anti-lock breaks and thus the jackknife crash rate decreased significantly. Now days, the most common type of semi-truck crashes are rollovers.

If you have additional questions about FTL, LTL or general shipping questions, feel free to reach out to one of our team members. We would be happy to help!