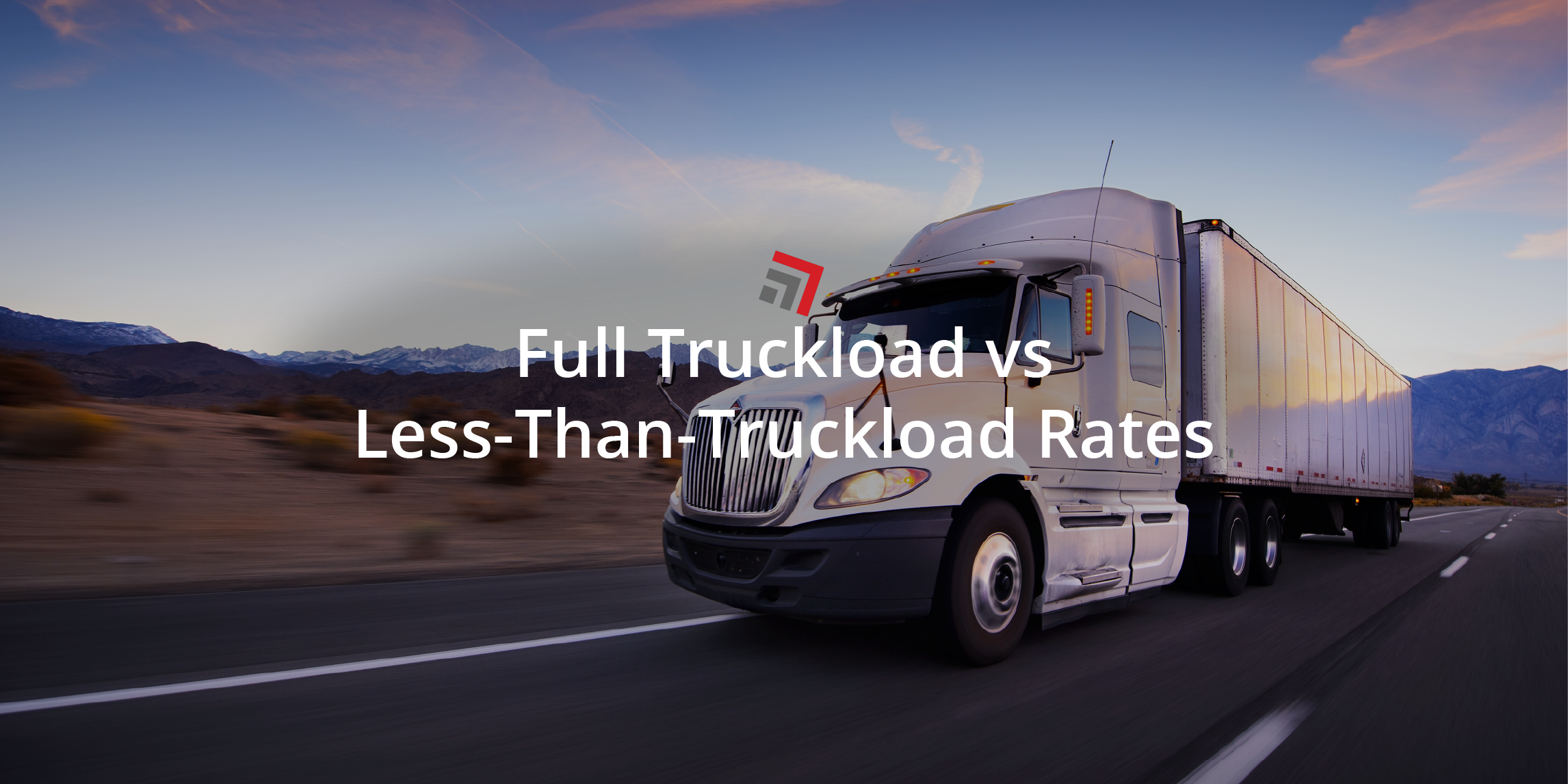 Shipping modes can drastically affect the overall price of a shipper’s freight costs. And while the differences may not be as drastic as those between intermodal and trucking, there is a noteworthy difference in pricing between full truckload and less-than-truckload freight.

The difference in pricing between full truckload and less-than-truckload rates does not always follow a linear line correlated to capacity. And the truth is, there’s a lot more to the decision between TL and LTL shipping modes than a simple dollar sign on a freight bill. Here are a few big differences – not only in rates, but also other factors – that may affect your final shipping bill when all is said-and-done:

Less-Than-Truckload occurs when a shipper does not ship enough cargo to fill an entire trailer. Their freight is consolidated with others’ cargo (hence the title).

Since shippers using LTL are not paying for the entirety of a trailer, rates are calculated on the basis of size, weight, and most importantly – freight class. The freight class is determined by National Motor Freight Traffic Association and has 18 numbers ranging between 50 and 500 which designate freight under a particular “class”. In other words, LTL rates are mandated by the NMFTA.

Full truckload shipping occurs when a shipper is occupying an entire trailer with their own freight. In other words, there is no consolidation and no other shippers’ cargo on board. The trailer is dedicated solely to one shipper.

In contrast to LTL rates which are calculated by a multitude of factors such as density, size, weight, and freight class (and are mandated by the NMFTA), full truckload rates are calculated rather simply.

Full truckload freight is calculated purely on the basis of the market. They happen as needed via communication between shippers, freight forwarders, and carriers. While most truckers will have similar freight rates due to natural balancing by supply-and-demand, some routes and carriers will have notable differences in pricing.

The Difference and Tipping Point

LTL and truckload freight are calculated through entirely different means. LTL freight is calculated by a multitude of factors. Density, weight, size, freight class, route, and many other factors all play a role in the final pricing of the freight. But the most important piece is that LTL freight rates are mandated by the NMFTA.

Full truckload freight rates on the other hand are dictated based on demand. Carriers determine their own rates and everything is solidified through email and phone calls.

The tipping point for LTL and FTL isn’t easy to determine on the basis of capacity alone. Some shippers refer to a 30% rule, whereby if LTL freight is to exceed 30% the capacity of the trailer, it’s assumed that full truckload shipping modes would be cheaper. However, the difference between FTL and LTL doesn’t only rely on price.

Ultimately the decision between full truckload and less-than-truckload shipping modes should boil down to the type of product your shipping, what type of deadline your business is on, and how much you are shipping. If risk of cargo damage is of huge concern for your business, or if your shipments exceed 30% of a trailer’s capacity, FTL is a much smarter shipping method. But if your company is shipping smaller loads on a frequent basis and consolidating your own shipments is not an option, LTL may by the way to go for you!

Our team at Commerce Express has years of experience and would be happy to help answer any questions.