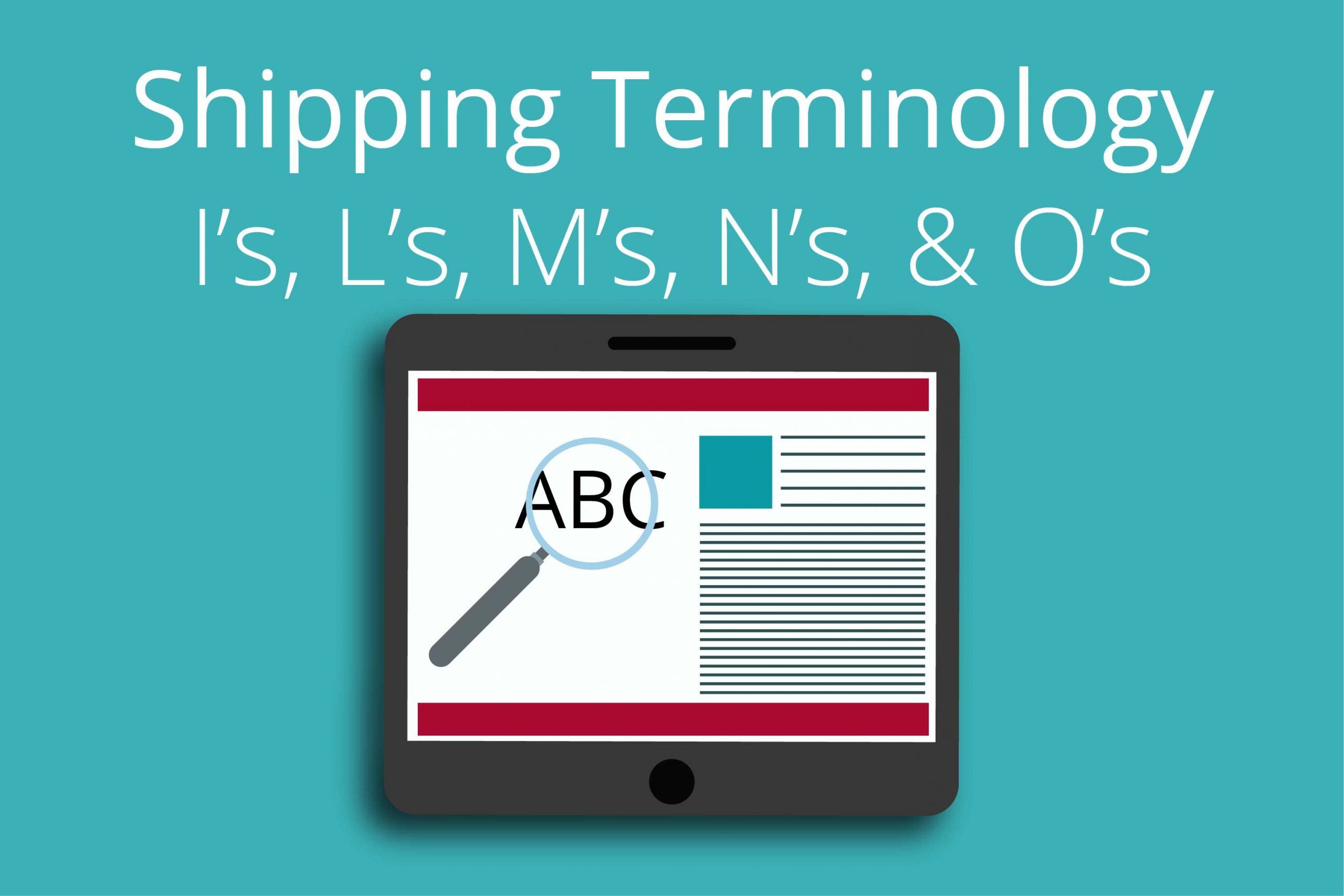 To help you understand terms used in the shipping industry, whether familiar or not, we created an index of sorts with many useful shipping terms. We hope that these aid you in communicating, interpreting, and managing your business.

In Bond: A shipment being transferred to a different point within the U.S. to be customs cleared after it has already arrived on U.S. soil.

Interstate: Origin and destination points are in different states.

Intrastate: Origin and destination points are in the same state.

Jifflox: A converter used to connect multiple trailers to each other.

Less than Truckload: Less that Truckload (LTL) shipments are goods loaded and consolidated onto a trailer filled with freight from various other shippers.

Linehaul: The transportation of freight between different cities.

Lumper: A third-party logistics service that arranges for loading and unloading services at the customer’s or consignee’s location. Similar to a “Shipper’s Agent.”

Minimum Charge: The lowest possible charge, after discounts, that a shipment will be handled for.

Multimodal Transportation: Synonymous with intermodal. Shipments being moved via multiple modes of transportation.

Non-Vessel Operating Common Carriers (NVOCC): Ocean freight forwarders who do not own or operate their own vessels, but rather arrange shipping services for international ocean shipments. NVOCCs consolidate smaller shipments into a container and ship it under a single bill of lading.

Order Notify: Synonymous with a Negotiable Bill of Lading. It requires the consignee or buyer to sacrifice the original Bill of Lading upon delivery to further guarantee payment for the goods.

Origin: The first specified location where the goods will be picked up.

Overage: Units found in excess of what was specified on the shipping documents. These goods are returned to the terminal unless they receive more information regarding the overage while the driver is on his/her route.

Overcharge Claims: Issued by the payer of a shipment, it is a claim filed for repayment of an payment discrepancies found in the erroneous application of rates, weights, and assessment of freight charges.