Canada’s ELD Mandate and Why It Is Important 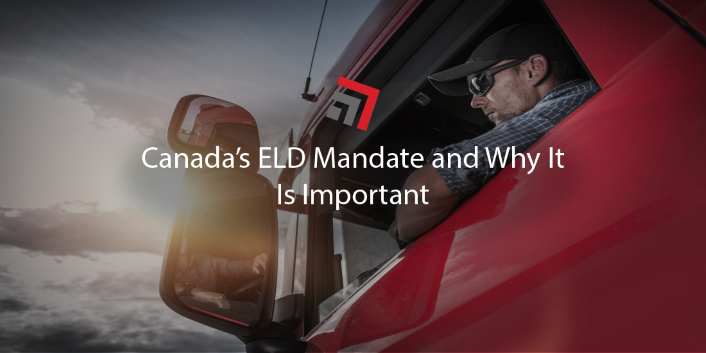 Back in March of this year, Canadian Transport Minister Omar Alghabra announced the rollout of Electronic Logging Devices (ELDs). There was not a clear reason why this rollout would be happening but expressed the need for them, due to the challenges the industry faced during the pandemic. Now, the ELD mandate is being put in effect, with penalties for noncompliance beginning June 2022.

According to Freightwaves, on June 12th, Canada’s mandate for commercial vehicles to use electronic logging devices took effect. The federal government and provincial regulators previously announced that enforcement of the mandate will happen slowly and within time. But currently it is not clear why there are no devices certified to operate in Canada yet.

There is also a slight difference in how the ELD certification process goes when comparing the U.S. and Canada. As Canada is requiring all ELDs to undergo a careful examination performed by an outside company. While in the U.S., manufacturers certify their own devices.

However, because of this process, there is the possibility of ELDs that can be used in Canada, to likely decrease. On the bright side, advocates say the certification will reduce instances of electronic-log tampering.

In comparison, the U.S. mandate, that began to gradually phase in 2017, did not have full enforcement until 2019. This was because trucks were required to replace the older automatic onboard recording devices (AOBRDs) with ELDs.

The Canadian Council for Motor Transport Administrators, which according to Freightwaves, is a multijurisdictional body that helps coordinate transportation regulations, added further clarity in May. It was agreed upon, within all entities across Canada’s provinces and territories, that the enforcement of the ELD mandate, with penalty, would begin in June 2022.

So, until that happens, enforcement will consist of “education and awareness.” Which provides a yearlong grace period for those involved to get things prepared with their ELDs.