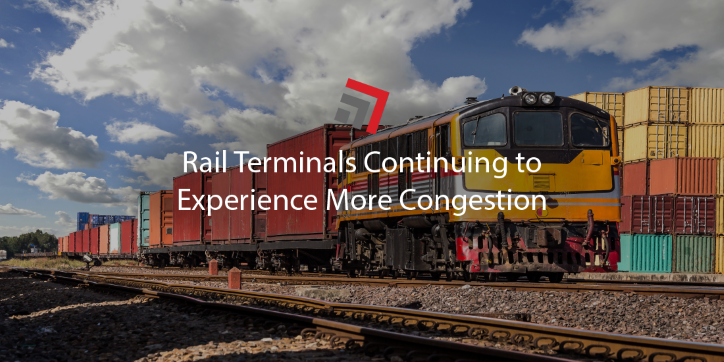 It’s no surprise, but rail terminals are continuing to experience more congestion, as things don’t seem like they are stopping anytime soon. Chassis shortages and efforts to dig out containers at rail terminals continue to hinder the rail side of the U.S. import supply chains in some areas, according to customer advisories published this week by Maersk and Hapag-Lloyd and reported by Freightwaves. As of now, Maersk has been seeing “high impact” for rail operations serving facilities at Chicago, Cleveland, Atlanta, and Memphis, because of chassis shortages.

In an attempt to “alleviate congestion”, BNSF has reopened a Memphis-area terminal in Arkansas, that will receive trains arriving from Pier T at the Port of Long Beach, the company said. Relieving congestion at rail terminals is an ongoing process, as Maersk says they are continuing to work with BNSF towards options to improve the situations at inland facilities.

Norfolk Southern said last Friday that it is reopening an additional parking lot near its Inman terminal in Atlanta next Wednesday, due to high freight volumes in the Atlanta market. The parking lot will serve only for container pickups, and no drop offs will be allowed at the facility, NS said. Also, due to Hurricane Ida, shipments to and from Norfolk Southern’s New Orleans facility have already been affected.

It’s been a wild and congested year so far, with things not slowing down or getting better soon. Contact us today if you have any questions or would like to learn more today!