Precision Scheduled Railroading: What Is It And What Impact Does It Have? 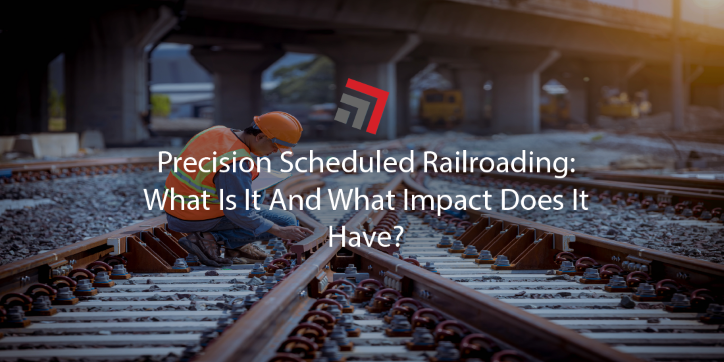 The goal of Precision Scheduled Railroading is to keep cars moving, reduce dwell, and operate a balanced network, which provides a more reliable and efficient service. The railroads contend that in the past shippers had to wait until a train was long enough for them to receive service, which they say made service more erratic. Another reason PSR has helped railroads is lowering their operating ratio, which is a gauge derived by a formula that helps investors determine the financial health of a company, according to Freightwaves.

However, not everyone is a fan of PSR, unions who represent craft employees, train and engine crews have been skeptical of PSR. They feel that the number of employees has dropped since the operational model seeks to cut costs. With the number of employees dropping, they argue that with PSR having a strong emphasis on a train schedule, that can jeopardize the ability for employees from doing a thorough and safe inspection. The lack of employees also poses a problem when rail volumes grow, or when congestion issues happen in the supply chain, which has been an issue the last year and a half with the pandemic.

One union member, who spoke to Freightwaves and wanted to remain anonymous said, things were great in the beginning when he first started with the railroad. However, when the railroad implemented PSR, things started to go downhill. The union member emphasized how the declining number of employees who worked for the railroad made for the remaining employees to have a lot more responsibilities, which can make things go undetected.

Another union member, who has 25 years of railroad experience, says because the railroads’ want to streamline their operations and gain efficiencies, that resulted in the closure of multiple inspection points, which means that railcars are running longer between inspections, which can be dangerous. This union member stated, “I think they need [to give] their employees the time to safely inspect this equipment,” and also believes that the inspections that the railroads’ are relying on from inexperienced train crews, should go back to the carman who are highly trained and specialized for those roles.

Having railroads be operational and efficient are both important, but at the same time safety is a crucial and even more important part that needs to be addressed as well. If you would like to learn more, contact a team member today!