Automation Can Optimize Freight Procurement Processes: To What Extent Should It Be Implemented? 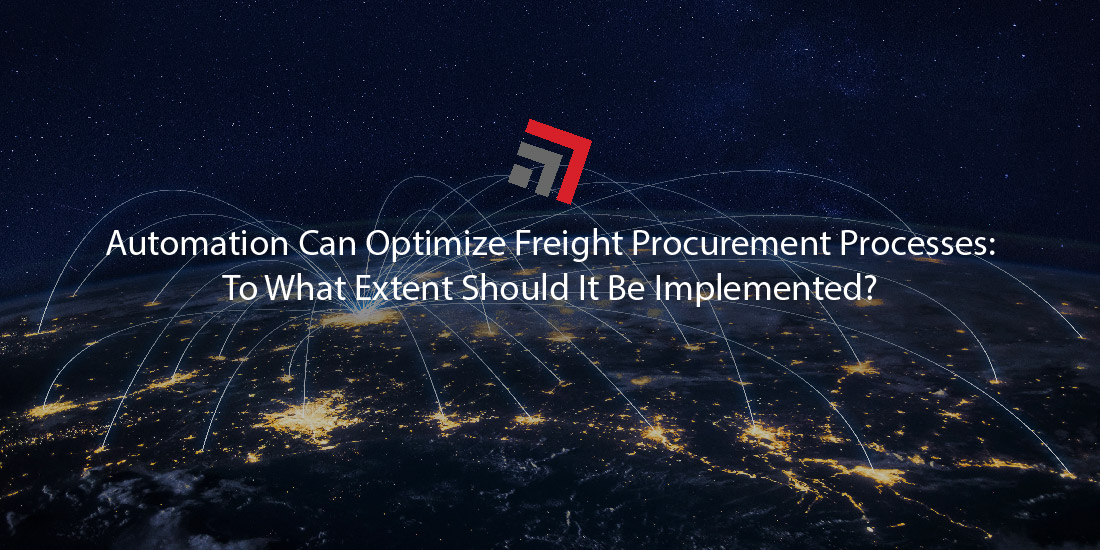 Seemingly, automation is the next frontier for logistics. Certain innovations, like autonomous trucks, present industries, in all corners of logistics, enticing possibilities to further optimize their demanding operations.

An area of logistics that has particularly embraced automation is freight procurement. Shipper procurement teams are tasked with coordinating networks of products, distributors, and suppliers from all around the world. These teams must sift through multiple freight modes, volatile pricing, and changing capacities. Unsurprisingly, these responsibilities have been amplified given crunches to virtually all global supply chains.

Facing a flurry of duties, procurement teams are exploring specialized software solutions, namely automated digital processes. Many time-consuming tasks that come with the job could be replaced with this technology. As the Journal of Commerce (JOC) notes, “automation software will tackle a larger proportion of the work negotiating and awarding cargo to carriers and intermediaries”.

Similar to how labor shortages fast tracked discussion of autonomous trucks for the trucking industry, disruptions across all freight modes have contributed to shippers reframing their procurement strategies. Evolution of freight procurement software that can “consider options at a scale at which humans are not capable”, per the JOC, can be a potential game-changer for optimizing operations.

In an appearance during a JOC webcast, Rachel Akers, logistics director at Wolverine Worldwide, reinforces that automation “takes repetitive and time-consuming elements out of the procurement process, leaving shippers more time to manage relationships with capacity providers”. Akers goes on to say, “There’s a lot of what goes on in procurement bids that could easily be automated. But you set yourself apart with what you bring that robot can’t…relationship side of things and interpreting the data—knowing when to pull the trigger to do something different”.

In other words, automation will not lead to these positions becoming obsolete for humans. Rather such software is complimentary in allowing procurement teams to denote valuable time and energy towards final decision-making and maintaining partnerships.

Human vs. Program: Which has the Final Say?

While deference to humans over automated software for the final say in procurement decisions remains the likely approach when these newer technologies are implemented, Jonah McIntire of logistics software provider Transporeon doubles down on his faith in the capability of automated software.

“I actually don’t believe in this final approval process by human beings,” McIntire stated during the JOC’s webcast. He reasons this stark proclamation by questioning if humans have to evaluate the final data and decision-making, then it has to be assumed that the automated preprocessing and earlier decision-making was flawed or incomplete. If the software is logically consistent and well-developed, McIntire deduces that it will make better decisions in a faster and more efficient manner.

McIntire proposes tests should be done where a human is pitted against a program: “A proper A/B test where you randomly take shipments, and the technology buys this one and the person buys this one.”

McIntire goes on to say that the findings will reveal that the software will make the better decision in many cases. He argues that humans do not want to give up “the most fun and interesting part of the job…where they have the most pride and ego”.

While McIntire appeals for procurement professionals to consider full automation of decision-making and data evaluation, for the time being, shipper procurement teams are gradually implementing such software for more repetitive and time-consuming elements in their operations. Undoubtedly, delegating all decision-making responsibilities for procurement onto automated software is a novel idea that would bring along its own challenges.