Incidents of Cargo Theft Have Increased: How Trucking Carriers and Drivers Can Prevent It 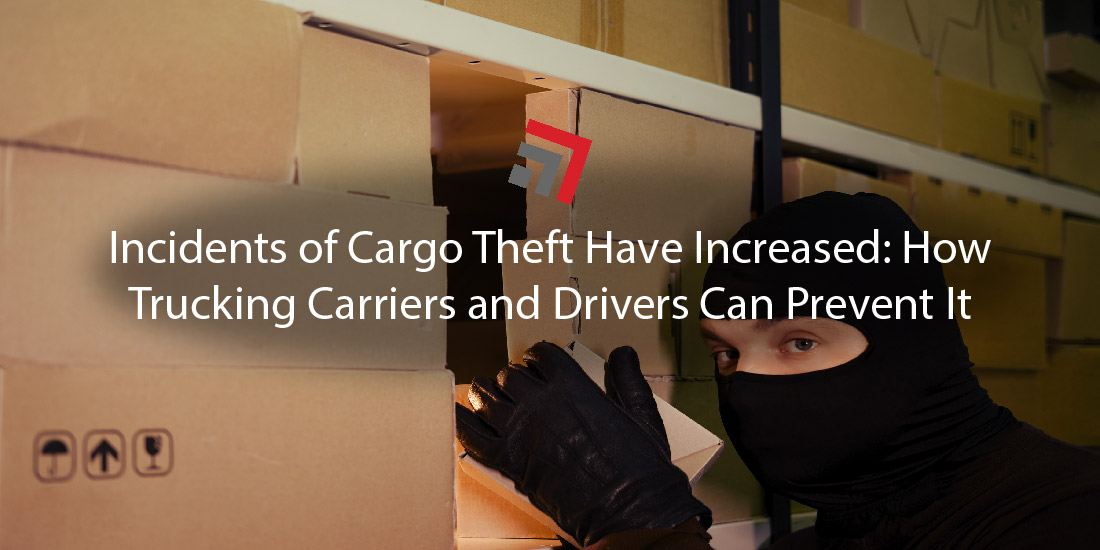 For many Americans, the six-day stretch between July 1 and July 7 is synonymous with fireworks, time up at the cabin, and burning up PTO.

However, for a select few, this arbitrary grouping of dates represents the peak season of an issue that strikes fear in the heart of carriers and their fleets. As reports will soon show, cargo theft runs rampant around the Fourth of July holiday serving as a grim reminder to the trucking industry to practice due diligence in order to prevent it.

CargoNet, a company specialized in cargo theft prevention and recovery, has detected an uptick in reported cargo thefts throughout the U.S. In its report, the company found a 6 percent increase from the previous month in May and an overall 25 percent year-over-year.

While such a surge speaks volumes, it does not come as a surprise—at least for those focused on the issue. CargoNet has found typical increases in reported theft incidents around the Fourth of July holiday. Such a revelation has led the company to track and review incidents between July 1 and July 7 for the past five years and counting.

From CargoNet’s report, theft, which was lowest (in the past five years) around this time in 2019, has risen above the average for both 2020 and 2021. While not demonstrative evidence, these increases can be indicative of the Covid-19 pandemic and the subsequent impacts it has had on logistics. CargoNet attributes certain challenges, like staffing issues, congestion, and volatile inventory conditions, as key factors have made theft of a semi-truck, semi-trailer, or its shipments more desirable for opportune thieves.

CargoNet also notes several major thefts that occurred in past Fourth of July holidays. Among them included an incident in Hillsborough Township, NJ where a whopping $2 million of perfume was stolen.

What Trucking Carriers and Drivers Can Do to Prevent Theft

R3 Continuum, a Minnesota-based consultant company, has laid out several tips (in courtesy with Fleet Owner) for carriers and their drivers to mitigate theft of their cargo and other property.

While cargo is staged, high-security locks should be placed on cargo doors. In addition, king pin locks and landing gear locks are also advised to further secure cargo.

For truck drivers, consistent back-and-forth with dispatch is crucial, especially during stops at high-risk areas for theft, such as truck stops or rest areas. Drivers should relay to dispatch the address of where they stop and how long they are stopping or away from their truck. They should also always have their cellphones on them when away from their truck or load.

Cargo at Rest is Cargo at Risk

Whenever a load remains at rest, the cargo is at its highest risk of being stolen. Carriers must define limits on how long a loaded trailer or container can remain unattended. Weekend hauls should be limited unless necessary as loads may need to be staged for extended periods of time while waiting for weekday delivery.

Carriers should be aware of where thefts frequently occur. As said before, larger cities and areas near busy ports are where most of this nefarious activity is carried out. “Hot spot” states include Florida, California, Texas, and New Jersey. Timing is also critical as weekends and holidays are popular windows for cargo thieves to commit their malfeasance.

Truck drivers should park their semis in well-lit spaces and be alert to any suspicious vehicles that are following them or casing out their load. Carriers should consider employing a security company to guard and control traffic to and from their facilities.

Perhaps, the most sophisticated of these tips. If possible, carriers should use covert technologies, especially for higher value loads. Tracking devices can geofence (trigger alerts if a load leaves a defined boundary) during stops and, in the event of a theft, they also can track the whereabouts of the stolen cargo. In addition, certain theft preventing devices can even disable fuel, hydraulics, and electrical systems of a hijacked rig.

While cargo theft is more frequent around the Fourth of July holiday, it’s a potential risk on any given day of the year. No doubt, motor carriers and their fleets should adopt diligent practices to best protect themselves and their loads from the hands of cargo culprits.