The North-South Trade Lane: An Inland Port Network on the Mississippi River 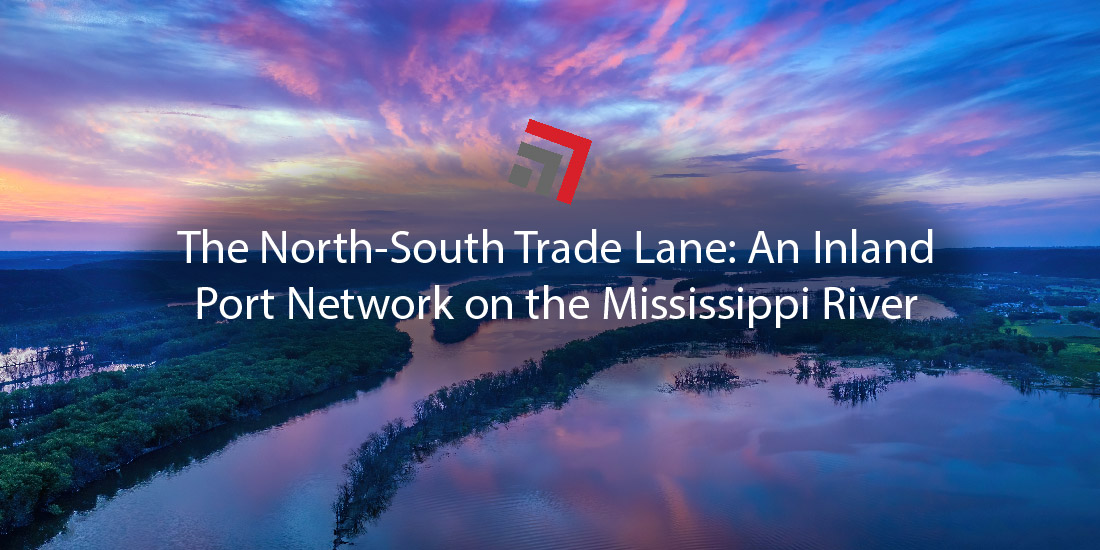 Many call it the new north-south trade lane. Many believe it will shift a paradigm for transport of containerized cargo.

An ambitious, multiyear, project is underway that involves five states along the Mississippi River. The end goal is to develop an extensive container facility network that takes advantage of America’s largest river and its abundant tributaries.

An undertaking of this magnitude was not imagined overnight. It has taken near a decade to account for all parts of this project. Courtesy of FreightWaves, these parts include a terminal and rail expansion in Plaquemines Parish (a division in southern Louisiana, similar to a county). Additionally, the development of container terminal facilities in Memphis, TN; St. Louis, MO; Fort Smith, AR; and (potentially) Joliet, IL. FreightWaves also reports a container-on-vessel service would call at these locations.

According to those involved with the development, the inland network and vessel service will serve a critical connection to the Panama Canal for Midwest shippers to take advantage of. With that considered, this could further streamline the flow of agricultural, energy, and chemical commodities that many shippers from this region typically move.

The colloquial north-south trade lane project peaks both public and private interests alike. Freight Waves reports, development of a gateway intermodal container terminal at a greenfield site in Plaquemines Parish (50 miles south of New Orleans) has particularly grabbed their attention. As the facility’s name would suggest, the terminal would be served by unit trains, trucks, air, and marine modes.

Last November, the Plaquemines Port, Harbor, and Terminal District (PPPHTD) and APM Terminals announced that the latter party will operate the future container terminals and intermodal facility. State and federal permit applications have already been submitted for extending existing rail service into the site. These permits are expected to be approved by early 2023 as rail extension has already started with a completion date pinned for late 2023.

All-in-all, optimistic developers told FreightWaves that the projected timeline has initial cargo moves beginning in 2024. At that time, the PPPHTD says the terminal will be able to handle vessels of up to 22,000 twenty-foot equivalent units (TEUs). However, they are not keen on stopping there, as after initial rollout there is stated potential to further expand capacity to take on ever greater volume.

Another integral part of this project is developing a rich network of container terminals at inland ports along the Mississippi River and its many tributaries. These terminals would be capable of handling not just import and inland distribution but also containerized cargo exports.

For exact locations of these terminals, the plan is to stake out inland ports with existing bulk facilities, an insider told FreightWaves. It is important that these container terminals have full access to Class I railroads, trucks, and interstates. This would mark great news for shippers with all types of cargo. In particular, insiders boast shippers of agricultural, bulk liquid, retail, and manufacturing products can all benefit from this new terminal system.

Going forward, developers are integrating phases for these new terminals peppered along the river in Tennessee, Missouri, and Arkansas. The first phase will be supported by long-term contracts and assurances that there is a balance of cargo between loaded, export-bound containers, and import-bound containers, an insider further explained to FreightWaves.

The second phase of terminal expansion will be predicated on consumer (shipper) demand to where future locations will be. Any following phases are a bridge that has yet to be crossed. Revelations from the first two phases is necessary in order to justify further terminal expansion down the road.

A third element to this project is incorporating a container-on-vessel service. Initial plans suggest four vessels to begin operations and serve the Plaquemines area in the second quarter of 2024. The goal from there is to expand the fleet to 12 vessels if market conditions allow.

If all three parts of this north-south trade lane align, Midwest shippers are afforded a competitive alternative to West and East coast ports to move their cargo through.