Highway Angels Program: Lending a Helping Hand, One Driver at a Time 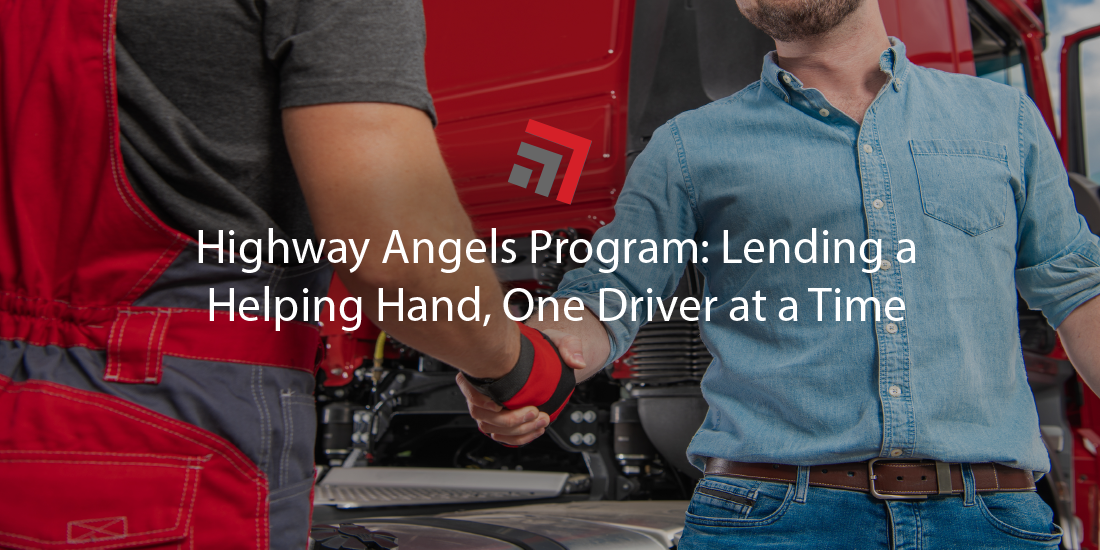 Unfortunately, accidents, medical emergencies, or other not so great things can happen on the road from time to time. However, in the trucking industry, truck drivers are often lending a helping hand to those on the road – even to their fellow truckers. While recognition is not necessary for doing good deeds, it is always nice to see more positivity in the world and in the industry.

What is the Highway Angels Program?

The program – operated by the Truckload Carrier Association – which recognizes drivers who go out of their way to help others while over the road on North America’s roadways. The program, which was launched back in 1997, has over 1,250 truck drivers recognized as Highway Angels, the website details.

“There’s a reason why professional truck drivers are often referred to as the ‘Knights of the Highway’ as they’re traveling the nation’s roads at 2 a.m. in the morning, in ice storms. These drivers stop to help when no one else would,” Marli Hall, Senior Director of Outreach and Engagement at Truckload Carriers Association, says of the impact truck drivers have on the roads.

Truckers that have been recognized as Highway Angels receive a certificate, patches, lapel pin, and truck decals. The respective company the trucker belong to also receives a latter that acknowledges that trucker as a Highway Angel.

“I immediately get the truck stopped, jump out, hit 911, except I don’t have a signal…”

Back in April, Miceli was driving in Natrona, Wyoming where he experienced white-out snow conditions and wind gusts reaching 50 mph, which resulted in poor visibility. One of his biggest fears is someone crashing into the back of his truck and unfortunately that occurred. After realizing what had happened, Miceli immediately got out of his truck, stopped to jump out and hit 911, until he realized he didn’t have any signal.

So, he ripped the door of her car open, immediately, he realized the steering wheel was off and it had spilt her hand between the thumb and forefinger. With his quick thinking, he took off his shirt and wrapped the gash to stop the bleeding – an important act that he later realized could have been dire if he did not do.

Thirty minutes later emergency responders arrived and a Wyoming Trooper that helped out at the scene thanked Miceli and let him know how important aid to the injured driver was. “You saved that woman’s life,” Trucker News reported, continuing to say that the ambulance crew said she had cut her artery – she’d have bled out.

The story had a heart-warming ending, as the injured driver was recovering in the hospital, Miceli took a visit to meet her and her family. “I got to hug her, and we cried, and it was really good stuff,” Miceli said.

The Highway Angels program is a great program recognizing truck drivers and their efforts in lending a helping hand out on the road. If you have anyone in mind to nominate and be recognized as a Highway Angel, you can submit your nominations here.

We will continue to provide updates on the latest in the industry and more throughout the year and beyond. Furthermore, should you have any questions or comments, please don’t hesitate to reach out to our team today!