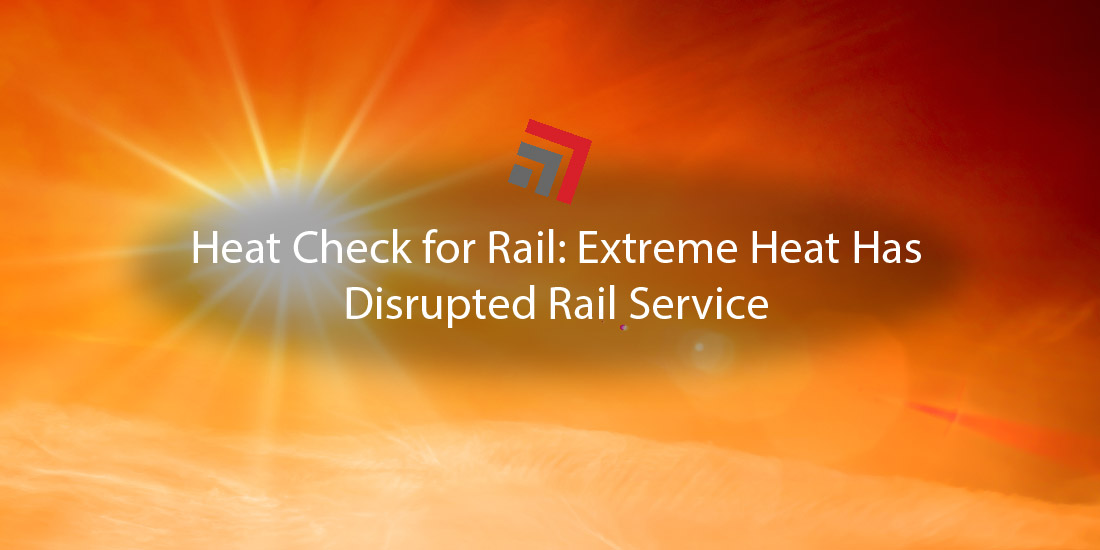 The greater part of our country has been blanketed by recurring heatwaves throughout the past several weeks. Triple-digit temperatures that are typically rare for most regions of the U.S. have made regularly scheduled appearances this summer. Clearly, frequent spells of high heat are not favorable conditions for most industries. For instance, power companies are feeling pressure to keep up enough energy production to meet consumer demand for air conditioning.

In the world of rail, extreme heat has threatened the infrastructure of rail networks, worrying engineers and transit authorities alike.

Earlier this month, Amtrak, a national passenger railroad service,  announced via Twitter that its service operating between New York City and Philadelphia experienced delays due to heat-related speed restrictions. This route between these large population centers is a marquee service for the passenger railroad with around 20 trips each day.

Across the country, the Pacific Northwest took the brunt of a heatwave last month which hampered rail service in its cities. Portland suspended its Portland Streetcar operations for two days over heat-related power issues. Courtesy of Mass Transit Magazine, the streetcar service cited sagging overheard wires, power issues, and speed restrictions as reasons to sideline its fleet of streetcars.

The streetcar service posted a photo via Twitter visualizing the sheer impact the extreme heat had to its power cables.

Triple-digit temperatures were also to blame for a curve that emerged in a rail line that led to a passenger train derailing from the tracks. Aside from a few minor injuries, none of the passengers were severely hurt from this accident.

The U.S. Department of Transportation (U.S. DOT) affirms that heat-related restrictions on railways are not uncommon. The department goes onto explain the country’s railroads are well equipped to address the impacts extreme heat has on overall operations.

While such restrictions may typically come on occasion, researchers are more concerned with the uptick in occurrences of extreme heat this year and how more delays and disruptions to rail service will follow. Many researchers contest using extreme weather analytics that our climate is rapidly changing and, in return, instances of extreme heat affecting rail operations will be more commonplace.

“The U.S. is not prepared,” Paul Chinowsky, a professor of civil engineering at the University of Colorado-Boulder, told Bloomberg. “While the rail system is incrementally being improved, there is significant work to do…what is being done is not being done fast enough,” he went on to implore.

Most of the country’s railways are made of steel, and when exposed to sweltering temperatures, the material expands and softens in reaction to the heat. Chinowsky particularly is concerned with the Northeast region of the U.S. where tracks were not built to withstand or adjust to triple digit temperatures.

A 2017 report from the Transport Policy Journal speculated that heat-related delays could incur costs from anywhere between $25 billion and $60 billion for passenger and freight rail in the United States.

While the focus pertained to heat-related incidents effecting passenger rail service, the railways used for passenger purposes are more than likely the same ones freight railroads use as well. Take for instance, Amtrak. Data gathered by the Association of American Railroads (AAR) reveals 97 percent of Amtrak’s 22,000-mile network uses tracks owned and maintained by the freight railroads.

Contact one of our team members if you have any further questions on this topic or any others in domestic logistics. In addition, follow our LinkedIn and Facebook pages for our exclusive Rail Round-Up, where our experts report on the state of rail in the U.S. each month.