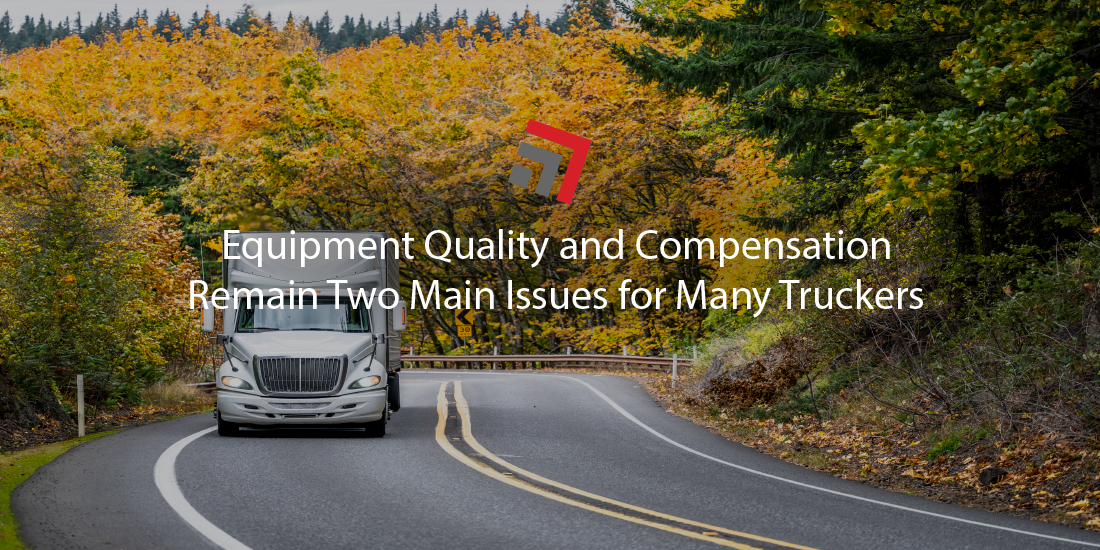 Throughout the second quarter of this year, data from People Data Analytics (PDA) showed that equipment quality and compensation remain two of the main issues for many truckers.  It also shows how these issues reflect the ongoing supply chain issues as well as the softening freight market.

One of the reasons PDA compiles and puts out this report is to help trucking companies address and slowdown turnover, while also putting together ‘accurate and actionable data’ to address drivers’ concerns.

Additionally, prices have risen significantly for diesel fuel, maintenance costs and higher wages for drivers pushed the price for operating a truck up nearly 13% in 2021, to $1.855 per mile – a recent report by the American Transportation Research Institute showed.

PDA’s Vice President of Operations, Scott Dismuke, told The Trucker that certain factors such as equipment and supply chain issues remaining relevant, the market softening, gas prices remaining high, as well as interest rates rising, “all of these factors could impact the driver market in the last two quarters of 2022.”

However, Dismuke did make note that overall equipment issues have dropped throughout the first two quarters of 2022, but the PDA has seen an increase in mechanical and breakdown issues. Specifically, repair and maintenances issues were 18.2% higher than they were in 2020, FleetOwner reports.

Recently, the national average of diesel costs have dropped down to their lowest in recent months, $4.993, data from Energy Information Administration shows – but are still $1.629 more than they were this time last year.

Data recently released show that the average truck driver saw wages increase 18% between 2019 and 2021, FleetOwner reports. Within the wage increases included sign-on bonuses, which according to data from ATA, more than half of truckload carriers surveyed are offering sign-on bonuses. Additionally, data shows that truckload drivers averaged nearly 11% in wage increases this past year.

“The only good things to brag about in the report on increased costs is driver wages,” Dan Murray, American Transportation Research Institute Senior Vice President stated. These positive improvements for driver compensation are showing that the industry is attracting and keeping drivers. Still, ATA Chief Economist Bob Costello estimates that the industry is short around 80,000 drivers.

Furthermore, the median truckload driver earned more than $69,000 – including salary and bonuses, but not benefits – in 2021. While LTL drivers who hauled freight over-the-road were paid a median wage of $73,000 in 2021, FleetOwner showed.

We will continue to provide updates on the latest in the industry and more throughout the year and beyond. As always, should you have any questions or comments, please don’t hesitate to reach out to our team today!