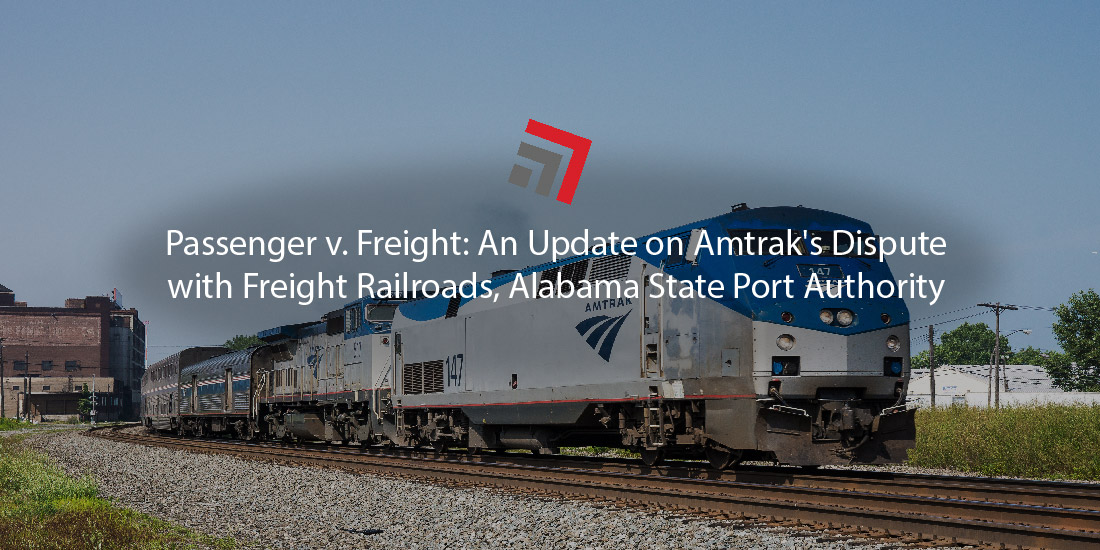 Back in March, the Surface Transportation Board (STB), a U.S. federal board that presides over transportation disputes, held proceedings that unveiled Amtrak’s desire to require prominent freight railroad companies Norfolk Southern and CSX to use their tracks between Mobile, AL and New Orleans, LA for its passenger rail service.

Amtrak, which is America’s keystone passenger rail service, revamped its expansion efforts after it was endowed several grants, reforms, and safety upgrades to its operations courtesy of the $1.2 billion infrastructure bill that passed last November.

The newfound investments to Amtrak empowered itself to seek out the STB with the request to share travel lanes with private freight railroaders in order to expand its passenger service.

Bolstered with the power to limit or omit regulatory requirements, the STB surfaced Amtrak’s request and held a hearing on March 9 where the federal board opened the floor to all stakeholders to make their cases for or against.

Opponents of Amtrak’s request were the involved freight railroads, CSX and Norfolk Southern, and the Alabama State Port Authority.

The specific instance of freight railroads opposing Amtrak’s wish to use freight railways from Mobile to New Orleans is not a one-off inclination.

Courtesy of data gathered by the Association of American Railroads, 97 percent of Amtrak’s vast 22,000-mile network uses tracks owned and maintained by freight railroads. In other words, all around the country the sentiment is likely the same among freight railroads—Amtrak is encroaching on industry operations.

The sheer overlap between freight and passenger rail strikes fear into the former as any Amtrak expansion, in their eyes, jeopardizes freight rail service. Both Norfolk Southern and CSX made this clear at the March hearing and further doubled down later this summer.

In July, the two railroads announced that the addition of Amtrak’s trains to the Gulf Coast would result in a 20 percent increase in train delays.

They also alluded to scheduling being out of their control when a customer sets a receiving or pickup window for freight which makes accommodating passenger services onto the tracks difficult.

Piggybacking off the freight railroads, the Alabama State Port Authority extended these concerns onto its operations at the Port of Mobile. The authority asserted alterations to freight rail service will directly affect shippers’ accessibility and use of Alabama’s largest seaport.

The authority points to the growing success the Port of Mobile has cultivated post-Hurricane Katrina and how crucial the Gulf Coast gateway is to Alabama’s economic wellbeing.

Faced with opposition from railroads and the port, Amtrak has not sat pat. The passenger rail service countered with its own evidentiary filing that CSX and Norfolk Southern are overstating the impact a Gulf Coast passenger service would have.

Courtesy of the Journal of Commerce, Amtrak alleges the modeling done by the railroads shows passenger trains would add an 18.9-minute delay for every 100 miles traveled by freight trains. However, freight trains will experience an 18.3-minute delay per 100 miles in the Gulf Coast in the coming years from their service growth alone.

At the last hearing in May, the STB asked for evidence from all stakeholders. For Amtrak, this means proving passenger rail can coexist with freight rail. For the railroads and Alabama’s port authority, this means proving that an Amtrak Gulf Coast passenger service would impair their services and operations.

As indicated above, both sides have filed their own evidence. With this dispute now 18 months in, the two parties remain far apart on the issue. In fact, the original deadline for the two to mediate passed more than two weeks ago.

In response, the STB on August 26 granted a 30-day extension to the railroads and the Alabama State Port Authority to settle the dispute with Amtrak.

Amid this back-and-forth dispute between passenger rail and freight rail, a certain number sticks out—97 percent. Nearly all of Amtrak’s 22,000-mile network is run on freight railroad-owned tracks.

It’s difficult to sideline agenda—Amtrak wishes to expand its passenger service capabilities and freight rail (already challenged) does not want to further deteriorate service—but both parties must also embrace a collective pressure of answering an unavoidable question.

How does passenger rail and freight rail accommodate for one another?

Both are quick with their own answers, but there can only be so many hearings. At this time, the country’s rail infrastructure not just requires the two to be on the same tracks, but the same page.

This is an everchanging industry. Stay current on rail and trucking developments through our weekly Commerce Express Road Map Newsletter.