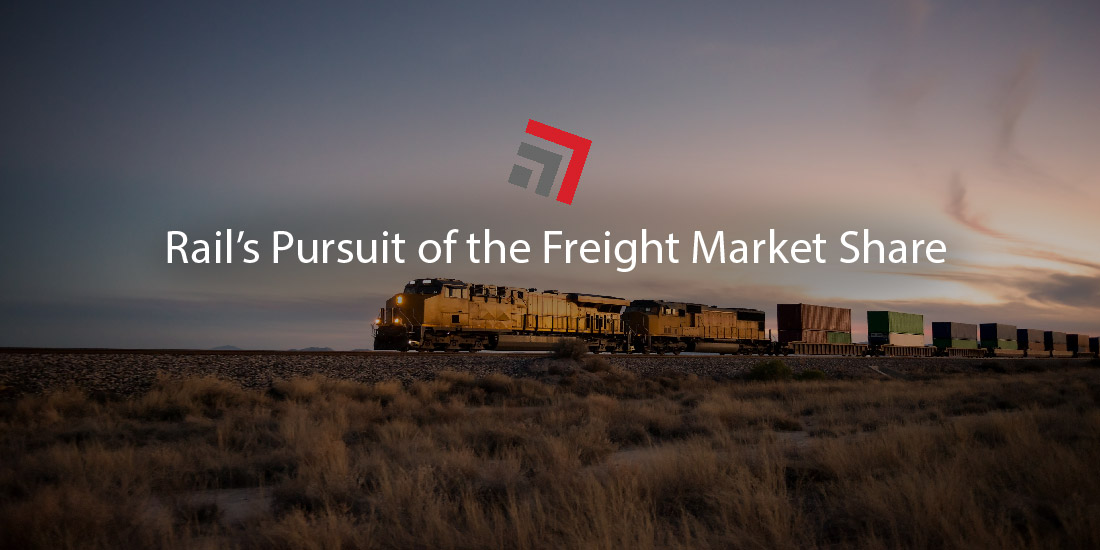 “Don’t, don’t, don’t, don’t…Don’t you, forget about me,” the rail industry is likely singing to itself as it struggles to make an inroad to trucking’s big slice of the market share.

Shippers have averted rail in favor for trucking—especially for their shorter hauls. And all while shippers defer to the highway for their freight, demand for domestic intermodal continues to fall.

Domestic intermodal volumes are down 10 percent between March and September, according to the Intermodal Association of North America (IANA).

An effort to stay competitive

The rail industry is not just standing on the sidelines as shippers follow a more truck-centric logistics regiment.

Both shippers themselves and non-asset intermodal marketing companies (IMCs) report that intermodal providers have been getting aggressive with pricing in a bid to keep freight on the train tracks.

Look no further for an example of an IMC. Commerce Express Inc. is one of the remaining true intermodal marketing companies.

Such aggression can be defined by recent business moves from these providers.

One of these conquests includes a provider forming an exclusive partnership with Union Pacific Railroad in efforts to push for intermodal business courtesy of the UP’s route network. Another instance was a provider looking to acquire more containers and space on BNSF Railway trains.

To the rail industry, this has become more of a game of chess, not checkers. In its eyes, bold strategies must be deployed to earn the business of shippers.

That said, this past Tuesday, the rail industry called its leaders to New York for the annual RailTrends conference.

Consider this meetup like the Avengers assembling, except instead of fictitious comic book heroes in a cool lair, it’s executive-level rail stakeholders at a Marriott hotel.

Reprising her appearance from last year, speaker Adriene Bailey spelled out rail’s shortcomings. At first, like her speech last year where she was coined the Marvel-esque nickname “Dr. Doom”, Bailey’s address seemed like a gloomy forecast for troubled times ahead for the industry. However, after laying out harsh truths, she began to talk about opportunities for rail.

These said opportunities centered around the need for rail to increase its market share in freight, which as of now, the industry claims around 28 percent of. This share hasn’t improved for a while, but Bailey outlined what conditions are necessary for a positive trajectory going forward.

First, the industry needs to swallow the pill and accept the need for transformation—a long-range alteration to how rail operates while not reverting back to earlier levels of service.

Second, the industry should turn a negative into a positive, or in Bailey’s words: “Use the downturn as a runway.” With freight volumes in a crunch, railroads can focus on maintaining the service levels they have and, also, have breathing room to usher in long-term improvements to their service—which in its current state is deteriorated.

While Bailey’s address is meant for all corners of the rail industry, we are curious to what her thoughts are on intermodal shipping and the above-mentioned business moves some providers made.

Should these asset-owning providers subscribe to Bailey’s advice and use this downturn in rail as a runway for long-term improvements to their services?