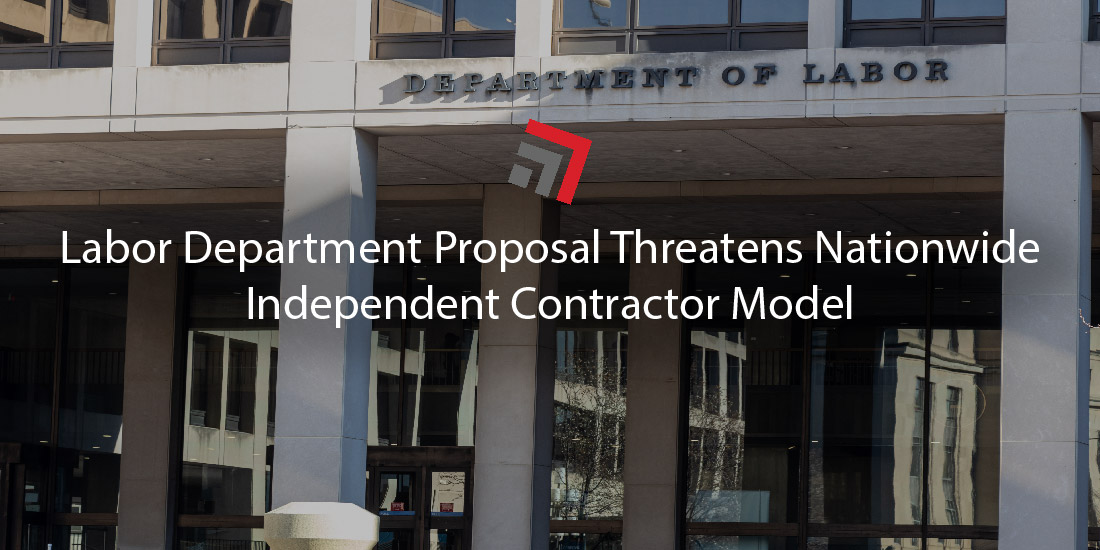 A proposed rule from U.S. Department of Labor may reconceive how trucking’s workforce is defined across the country.

If enacted, the proposed rule (under the Fair Labor Standards Act) would usher in an end to classifying truck drivers as independent contractors. At least, that’s what stakeholders allege.

So, what exactly are the details behind this proposal?

As currently written, the Labor Department’s rule would make it much more difficult for companies to protect the independent contractor status of the owner-operators who contract with them, a transport insider told the Journal of Commerce.

The fear is that an enacted law will uproot a dominant, and prosperous, contractor model in trucking. There are some 350,000 independent truckers in the industry—drayage included—that will be tasked with negotiating an unfamiliar job landscape.

By default, these thousands of truckers, along with motor carriers, will likely have to adjust their working relationship to an employee-driver model. The likes of which upsets both sides.

Carriers contest this switch will be more costly and less efficient. An employer-employee relationship would mean trucking companies would be responsible for covering drivers’ benefits, vehicle expenses, and other costs, that otherwise would’ve fallen on contractors to pay.

For the most part, independent contractors are also against the proposed rule. There’s a certain pride many contracted drivers have of being “their own boss” and this rule will effectively force them to become employees. Some have even labeled it as a job killer and have compared it to the likes of California’s controversial AB5 law.

It is true that the Labor Department’s proposed rule bears some similarity to California’s AB5 law. However, there are differences to note between the two.

AB5, which did strip away California’s contractor trucking model, has a distinct “ABC” test. It’s essentially three criteria that if all met will successfully prove to the state that a hired worker is an independent contractor.

Unfortunately, for California’s trucking sector, meeting all three criteria has been futile.

For a closer look at California’s AB5 bill and how it impacted trucking the Golden State, please refer to our blog about it!

And, lastly, unlike AB5, the proposed rule would not require that all five criteria be met. Rather, just a majority of the five have to lean in favor of proving contractor status.

In other words, there’s a little wiggle room for independent contractors and trucking companies to uphold their traditional relationship.

However, one thing is clear. If the Labor Department’s proposal is enacted, the pendulum will shift. Essentially, independent contractor status will be an exception to the rule. Unless demonstrated otherwise, the proposal favors employee status as the prevailing model for trucking going forward.

The Labor Department rule could be finalized in the next three to six months. In the meantime, it’s no doubt a controversial proposal that will be met with outspoken opposition.

Please contact us if you have any questions regarding this topic or any others in domestic logistics.