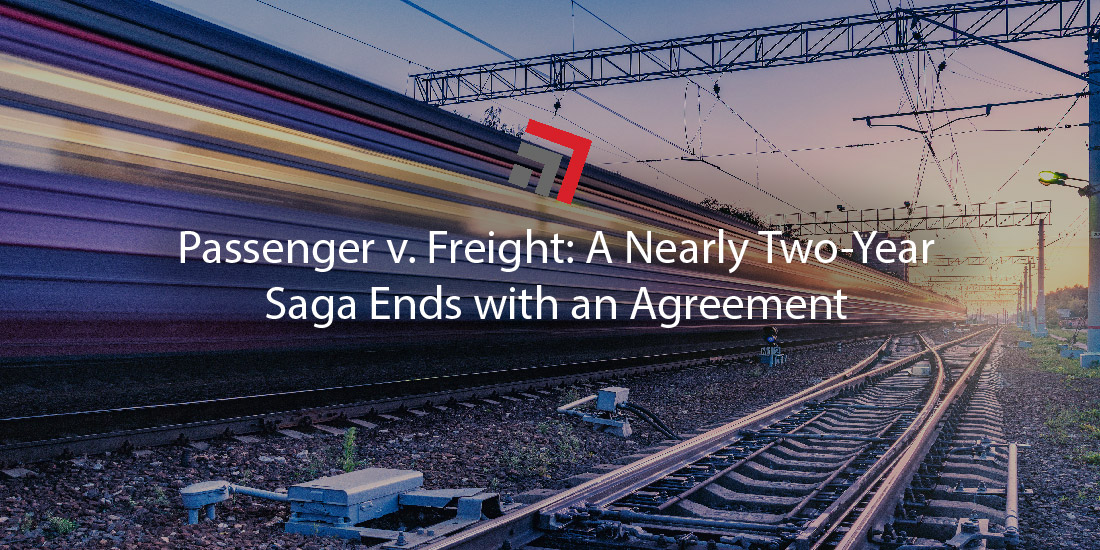 A nearly two-year saga appears to have finally concluded.

A dispute over how freight and passenger rail traffic can be accommodated along a Gulf Coast stretch of tracks has settled with both sides agreeing on a $222 million package for infrastructure upgrades.

So how did we get here? What exactly has led to this two-year impasse between passenger and freight rail? What were the terms of the deal that finally led to an agreement?

Expansion to passenger rail was met with opposition from freight rail

Amtrak, America’s national passenger railroad company, has been pursuing a revamp to its passenger rail service between New Orleans and Mobile. The service had not been operating since Hurricane Katrina in 2005.

Amtrak asked the U.S. Surface Transportation Board (STB) in March 2021 for the go ahead, but Class I freight railroads CSX and Norfolk Southern, along with local officials, also opposed the move. They argued the twice-daily passenger service would interfere with freight traffic along the stretch of tracks.

In return, they asserted service disruptions would extend onto shippers and ports that rely on this stretch of railroad.

In return, this has led to a nearly two-year dispute, peppered with federal hearings, over how freight and passenger rail can be both accommodated along this Gulf Coast stretch.

For a detailed look at the context of this dispute, please refer to our past blog, Amtrak’s Expansion and Its Goal to Restore Gulf Coast Service Concerns Freight Railroads and Local Officials.

A dispute that has dragged on

And, so on and so forth, hearings continued as each side plead their case.

In July, CSX and Norfolk Southern reported the addition of a passenger service to this Gulf Coast stretch would result in a 20 percent increase in train delays.

While, Amtrak shot back with its own claim that the railroads accounted this uptick in delays in culmination with their own service woes. In other words, Amtrak alleges the increase in delays would likely already happen in the coming years even without a passenger service coexisting.

For more details on this dispute and a summary of each sides’ case at federal hearings, please refer to our past blog, Passenger v. Freight: An Update on Amtrak’s Dispute with Freight Railroads, Alabama State Port Authority.

After some grueling back and forth, it appears we finally arrived at a resolution. It appears passenger rail and freight rail have agreed to coexist on this stretch of Gulf Coast track.

The “Gulf Coast Corridor Improvement Project”, a.k.a the $222 million deal, will build additional tracks and switching along the 150-mile stretch connecting New Orleans and Mobile. Much of the tab will be picked up by the federal government.

As proposed, these infrastructure improvements will allow passenger trains to bypass key stretches of railroad near yards and terminals where freight activity is most prominent. These shorter and faster passenger trains will stay on the main line while freight trains will be able to fit into longer sidings that the project is set to add.

While mostly funded federally, other entities are chipping into the pool of $222 million. Mississippi and Louisiana will commit $23 million, Amtrak another $6 million, while the CSX, Norfolk Southern, and the Alabama State Port Authority will lay down $15 million.

Once all the funding is secured, the project is slotted to start in June and is expected to take three years to complete.

The apparent settling of this nearly two-year dispute hopes to have solved passenger rail’s desire to expand its network while also avoiding feared disruptions to freight rail service.

At its worst, the agreement can be seen as a compromise, perhaps at the expense of freight railroads, who have been left free of a passenger service on this Gulf Coast stretch since 2005.

However, at its best, the agreement can be seen as a win-win outcome. If all goes to plan, infrastructure improvements will not only accommodate the two sides, but revamp this well-trafficked stretch of railway.

Amtrak’s expansion has been a priority for Amtrak Joe’s (President Joe Biden) administration when the colossal infrastructure bill was enacted in fall of 2021.

Right now, this appears to be a successful instance of Amtrak delivering on its goal to expand passenger service nationwide while also coexisting with freight railroads.

It’s a step in the right direction for an issue we’ll likely see again. 97 percent of Amtrak’s network runs on tracks owned and operated by freight railroads. Compromise is necessary.

Please contact us if you have any questions regarding this topic or any others in domestic logistics.