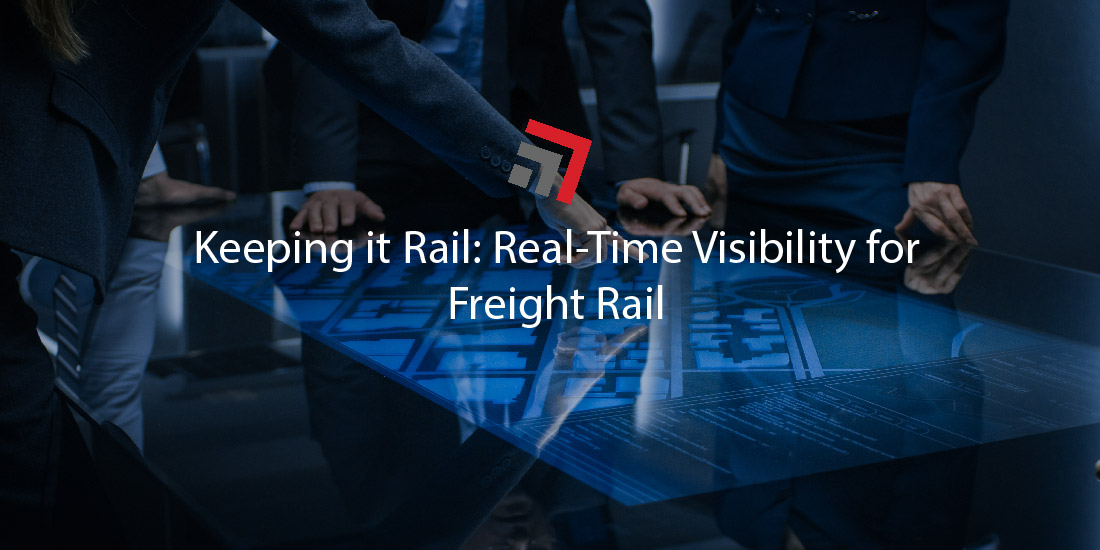 Tracking technologies provide shippers real-time status of their cargo while in transit. Whether it’s air, ocean, truck, or rail, these technologies are becoming the new standard for oversight of shipping.

However, among all transport modes, rail provides the least of these capabilities. While individual railcars can be tracked, there’s no real-time visibility over any of its vast railway network or its trains.

But maybe this will all change. RailState, a rail tech startup, has thrown its hat in the ring to address the issue. The Massachusetts-based data visibility provider is looking to broaden oversight of the rail network.

What’s novel about RailState’s technology is that it doesn’t just track individual rail cars but also tracks into the network of trains moving from place to place.

The tech company’s co-founder and CEO, Jamie Heller, notes the visibility deficit rail has when compared to other transport sectors.

“On the rail system, you can track your own rail car…But look at what you have on all the other networks. You can go to any number of websites and find the location of any ship — anywhere in the ocean, anywhere in the world. You can do the same thing with every airplane. All this is real time. For the highways, you can go and look at any piece of highway and understand the volume congestion on any highway or any street.

Jamie Heller, co-founder and CEO of RailState. Courtesy of FreightWaves.

Heller went on to suggest rail’s relatively archaic tracking options. Other than two-week old data of average train speeds, he implies available data is scarce and not in real-time.

That’s what RailState looks to change. Its visibility platform will afford shippers a clear look into the current status of the rail system. From there, they can anticipate potential delays due to congestion, weather incidents, or any other causes.

The technology can draw parallels to other transport visibility platforms, like MarineTraffic (maritime traffic) and FlightRadar24 (air traffic), while also everyday apps like Google Maps and Waze.

That said, this technology requires a great deal of infrastructure behind it. So, how does it work exactly?

How does the technology work?

It appears RailState has had to make friends with anyone right by a railroad. The company has worked with businesses and residences to place special sensors near a railroad track’s right-of-way.

Once in place, these sensors will take images of the railcars passing by and then will process said images. Data will then be collected from an image about individual trains, such as what kind of rail cars they’re hauling and how many.

Intermodal trains will also be tracked. The sensors will report how many containers there are, the size of the containers, and the location of the containers on the train. All the data will be sent to the cloud, and RailState users are able to access that data within an hour after the train originally passed the sensor.

The sensors are also reportedly impregnatable to weather conditions or the nighttime. They are equipped with an infrared illuminator which can render them effective even during a snowstorm.

This past December, RailState deployed sensors along tracks operated by Canadian railways CN and Canadian Pacific. From there, the company would like to bring the technology to the states and could begin as early as this month at the ports of Los Angeles and Long Beach.

Of all modes, rail is the most intriguing. We’ll save you the time, and potentially the headache, of recounting all of its service issues and internal labor strife, but there’s no denying shippers have been scared off from using rail.

Right now, there’s a lot of questions from shippers on the service they’ll receive. This has been rail’s fatal flaw in attracting more freight share. But, if more visibility is applied onto rail service, shippers will have more confidence in making decisions on whether or not to use it.

In other words, visibility can give the rail industry a “puncher’s chance” to win back faith in its service.

However, data is a truthteller. If more visibility reveals rail service is actually as poor performing as many fear, it could also ward more shippers away.

Please contact us if you have any questions regarding this topic or any others in domestic logistics. In addition, stay up to date with weekly headlines from both trucking and rail via our Road Map newsletter.